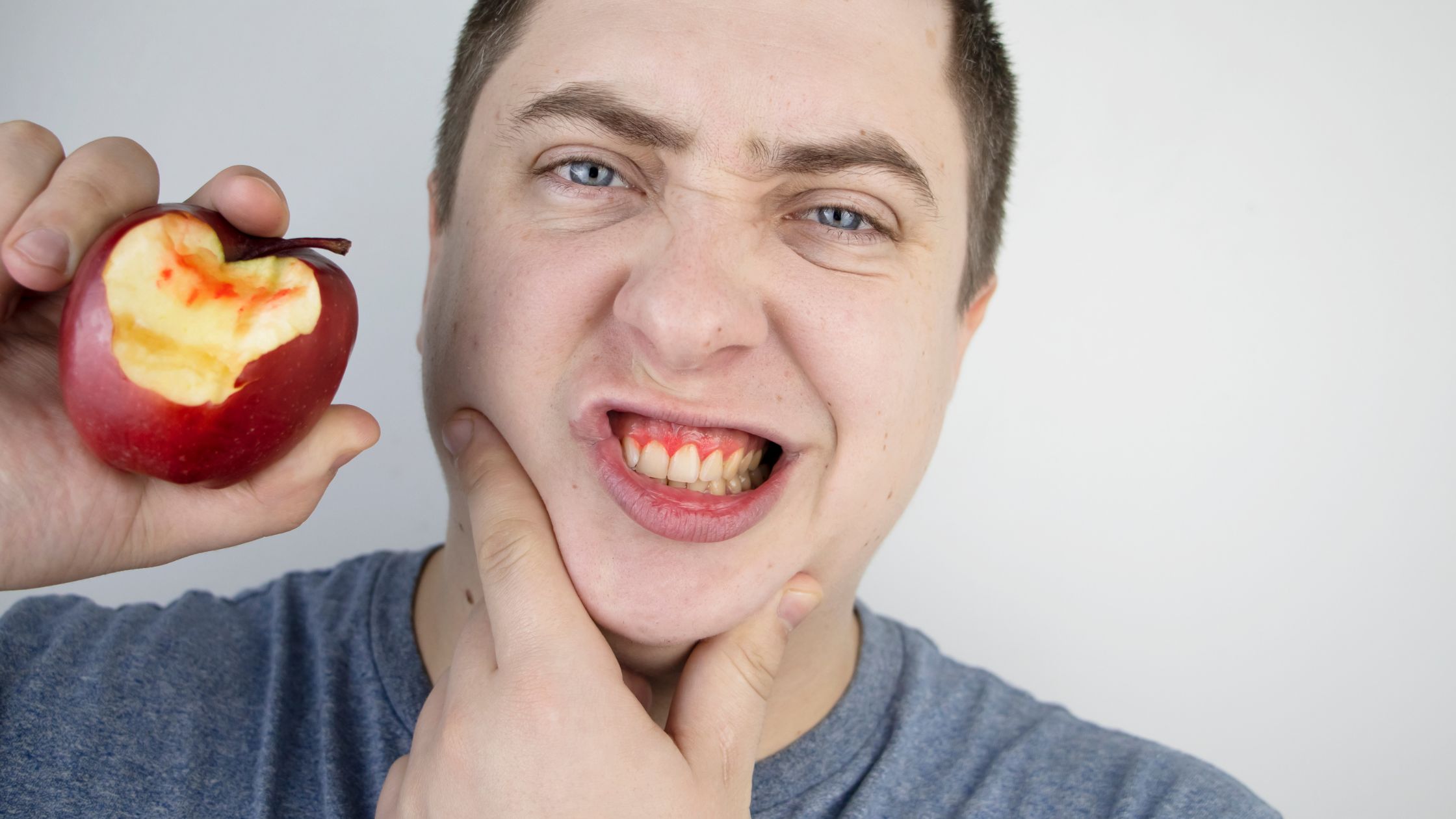 Causes of Bleeding Gums You Should Know

Bleeding of gums while brushing or otherwise can raise anyone’s concern but it’s not usually a reason to panic.

Bleeding gums are the most common symptom of gum disease but can have many other reasons, some of which can be easily reversed with simple lifestyle changes. However for others, one might need a visit to the dentist.

Brushing the teeth too vigorously or use of ill-fitting dentures can occasionally cause bleeding of the gums. Frequent gum bleeding can also indicate more serious conditions.

The following list of the most likely causes of Bleeding Gums and their solution will prove to be a handy guide on this common issue.

The primary cause of bleeding gums is poor oral hygiene and dental care problems. There are plenty of other reasons which can cause the gums to bleed.  Some of the common causes are:

The first stage of gum disease is known as Gingivitis. The debris and bacteria that stick to the teeth are known as plaque.

This plaque that commonly builds up on the teeth and along the gums,  if not removed by brushing regularly, releases toxins that can infect the gums.

This can lead to swollen and tender gums that bleed while brushing. The symptoms of gingivitis are:

However, gingivitis can be easily dealt with in a very effective way with good oral hygiene practices like brushing and flossing twice a day, and regular dental check-ups & treatment.

As Gingivitis is the first stage of periodontal disease, one should get in touch with the dentist as soon as symptoms are noticed.

Gingivitis when not taken care of and ignored can advance and lead to Periodontal disease or periodontitis which is an infection of the gums and jawbone that damages and causes inflammation in the tissue and the bone that support the teeth, leading to the teeth pulling away from the gums.

The symptoms of Periodontal disease are:

Untreated periodontal disease can result in the loosening or falling out of the teeth.

Sometimes the bleeding or swollen gums can be an indication of type 1 or type 2 diabetes.

Diabetes can inhibit the mouth’s capability and strength to fight back the germs. So diabetic patients are more prone to infections and gum disease.

Although brushing and flossing are an important and necessary part of good oral hygiene, flossing for the first time can also lead to some bleeding of the gums.

However, this should stop within a week with adequate care. But if it continues, one should contact the dentist as it may be a sign of gingivitis.

Also Read: The Role of an Abutment Plays in a Dental Implant

Pregnancy can many times cause swelling and bleeding while brushing the gums, known as pregnancy gingivitis.

The body’s response to bacteria can be altered due to hormones, causing inflammation and gum disease.

Adequate oral hygiene during pregnancy can help avoid the bleeding from becoming worse.

The deficiency of Vitamin C and vitamin K can also result in the bleeding of gums.

Vitamin C helps the growth and repair of the tissue and also aids in the healing of wounds and strengthening of bones and teeth.

The deficiency of vitamin C may make one feel weak and irritable and one can also get swollen and bleeding gums.

A drastic shortage of vitamin C in the body can also lead to scurvy. Though rare, it is a disease associated with poor nutrition, which can make one weak and cause anemia, leading to bleeding under your skin. The typical symptom of scurvy is bleeding gums.

Vitamin K enables the blood to clot properly and is also good for bones. Not enough Vitamin K in the diet or the body not absorbing it well can also cause bleeding problems. Its deficiency can lead to bleeding from the gums.

Following a diet that contains both nutrients ensures getting the vitamins needed by the body to stay healthy.

Other Causes of Bleeding Gums

A consultation with Dr. Sheena Gaur at Kirkland Premier Dentistry can help establish if dentures or other oral appliances are a reason behind the bleeding of the gums.  A better-fitting mouthpiece can be created by taking fresh impressions of the mouth.

Good dental hygiene is the first step to managing bleeding gums. One must visit the dentist twice a year for checkups and professional cleaning.

Proper brushing and flossing can go a long way in helping you deal with plaque and reduce your risk of developing periodontal disease. Using an antiseptic mouthwash can help to minimize plaque formation in the mouth.

Using a soft-bristled toothbrush which is gentle on inflamed gums, is advised especially if one experiences bleeding after brushing the teeth.

Bleeding gums are one of the most common symptoms of dental issues and tooth decay.

However, sometimes other issues might also be the cause.

Schedule an appointment with Dr. Sheena Gaur at Kirkland Premier Dentistry to know if you have gingivitis or any other signs of tooth decay and also to learn about the ways of improving your oral health.

we'd love to hear from you

Your message has been received. We will respond as soon as possible.
Oops! Something went wrong while submitting the form.